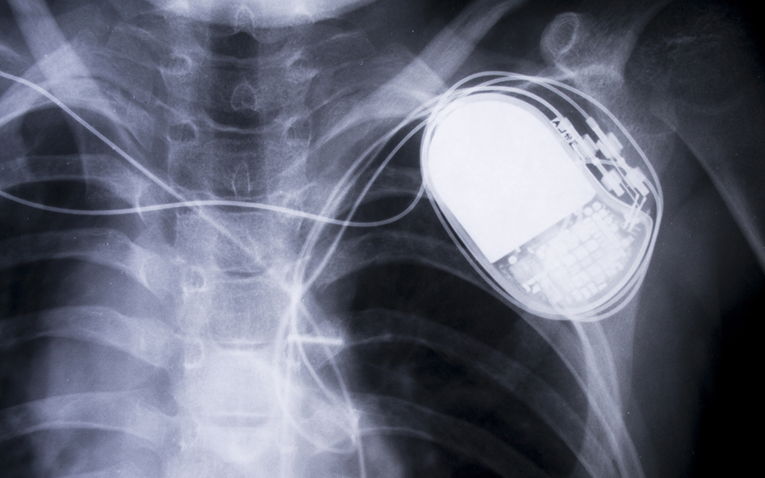 Today, implantable electronic pacemakers are the only option for those with slow heartbeats, but what if we could help the heart beat better on its own?

Although implantable pacemakers have helped save millions of lives since they were invented in the 1960s, biological pacemakers could result in a healthier alternative.

Cedars-Sinai scientists are working on an improvement over traditional pacemakers, the small implantable electronic devices which use electrical pulses to regulate heartbeats: A biological pacemaker for patients with slow heartbeats.

"Although implantable pacemakers have helped save millions of lives since they were invented in the 1960s, biological pacemakers could result in a healthier alternative," said Dr. Eugenio Cingolani, the principal investigator in the project and the director of the Heart Institute's Cardiogenetics Program. "Devices can malfunction or become infected, while biological pacemakers avoid such complications."

Everyone has pacemaker cells in their hearts. These cells generate electrical activity that spreads through the heart to create rhythmic muscle contractions—our heartbeats. When these cells don't work properly, the heartbeat can slow down, causing fainting or even sudden death.

Electronic pacemakers have long been the only treatment option for people with slow heartbeats.

The biological pacemaker is a gene therapy that would transform normal heart calls into pacemaker cells to keep the heartbeat steady.

"We are achieving a form of biological alchemy."

"We are achieving a form of biological alchemy: converting a small fraction of working muscle cells in the heart, which are plentiful, into rare pacemaker cells to sustain the heartbeat," said Dr. Joshua Goldhaber, director of Basic Research in the Heart Institute and co-principal investigator on the project.

Scientists at Cedars-Sinai were the first to show that a single gene can be injected into a regular heart cell to turn that cell into a specialized pacemaker cell. That gene is known as Tbx18. Cingolani and his team are working on a gene therapy approach that would deliver the gene directly to a patient’s heart through a catheter.

The team was recently awarded $3 million by the National Institutes of Health to complete the work necessary to bring the procedure to clinical trials. If those safety trials are successful, the biological pacemaker could be tested in patients within the next five years.