Why Ear Infections Are So Common in Kids

Ear infections are shockingly common in children. In fact, according to the National Institutes of Health, five out of six kids have at least one ear infection before they reach preschool.

"The most common type of ear infection affects the middle part of the ear, where the ear connects to the back of the nose and throat," says Dr. Gene Liu, an ear, nose and throat specialist at Cedars-Sinai. Called otitis media, these infections can cause pain and irritability. 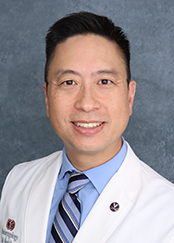 "Children are more susceptible to ear infections than adults because their eustachian tubes are very small, and they're usually horizontal, which makes it difficult for fluid to drain out of the ear."

Of course, kids also can get ear infections when they don't have a cold.

"Children are more susceptible to ear infections than adults because their eustachian tubes are very small, and they're usually horizontal, which makes it difficult for fluid to drain out of the ear," says Dr. Liu.

"To make matters worse, most kids are terrible at blowing their noses, so fluid can easily get trapped behind the eardrum."

Read: Swimmer's Ear: What It Is & What to Do About It

How to prevent ear infections

Kids' immune systems are a work in progress, so they're more vulnerable to catching infections of all types. The more colds and viruses they catch, the more likely they are to suffer from ear infections.

Your best bet for preventing ear infections is to take the same steps you take to avoid catching COVID-19, colds and the flu:

The good news: Most ear infections resolve on their own, and those that don't usually respond to antibiotics.

Symptoms of ear infections usually improve within the first couple of days, and most ear infections clear up on their own within one to two weeks without any treatment.

While antibiotics might be helpful for certain children, a subset of kids—about one-quarter—suffer from recurrent ear infections. And while they rarely cause permanent hearing loss, recurrent episodes can lead to antibiotic resistance and other problems.

"Unfortunately, treating infections with antibiotics repeatedly can cause bacteria to become resistant to treatment—and that makes future infections more difficult to treat," Dr. Liu says. "Repeated use of antibiotics also can compromise a child's developing gut."

If your child gets repeated infections—more than three in six months, or four in a year—or has one or two severe infections that are tough to treat, talk to your doctor. Your child may be a candidate for ear tubes.

With ear tubes, doctors place a tiny plastic tube inside the eardrum (bypassing the nose and eustachian tube) to improve air flow and give fluid a different pathway out of the ear.

"In almost every case, the body pushes the tube out over time, and the hole closes on its own," Dr. Liu says.

Fortunately, as children develop, their eustachian tubes become more vertical and their immune systems more robust. Kids who needed ear tubes in their younger years tend to outgrow ear infections by the time their bodies naturally expel the tubes.

To place ear tubes, doctors poke a hole in the child's eardrum, drain the excess fluid and insert a dumbbell-shaped plastic tube into the ear. According to Dr. Liu, it's almost like buttoning a shirt: There's an opening (the hole), and you insert the button (the tube) through the opening.

Read: For Youngsters, Getting Ear Tubes No Longer Involves Surgery

A new tool for tube insertion

The trouble is that most kids struggle to lie still while a doctor inserts a tube in their eardrum.

"It's a little uncomfortable, it's in the ear and it's loud," Dr. Liu says.

Historically, doctors placed tubes in the operating room (OR) under general anesthesia. And while the procedure itself is quick, surgery is a full-day affair.

Two new devices, the Tula and the Hummingbird, allow doctors to insert tubes without a trip to the OR. With both devices, doctors numb the ear with medicine, place the device on the child's eardrum and press a button to insert the tube. That's it.

"With these new devices, the child still needs to hold still, but it's not a multistep procedure that requires poking, twisting and turning," Dr. Liu says.

"The entire process takes four to five minutes and parents don't have to deal with the hassle and headache of starving their child for several hours to prepare for anesthesia."

Even more important, kids feel better within minutes after the procedure.