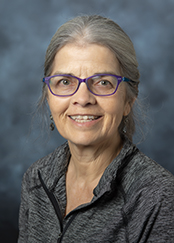 Ellen Bernstein earned her bachelor’s degree in biology from the University of California, Santa Cruz, in 1980. She worked at the National Institute of Allergy and Infectious Diseases in Bethesda, Maryland from 1980–87, and in the Department of Pathology at Emory University, Atlanta, Georgia, from 2004–08. She has been a Research Associate II in the Department of Biomedical Sciences at Cedars-Sinai since 2008. 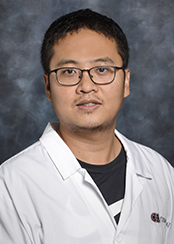 DuoYao Cao, PhD, earned his master’s degree and doctorate at Northwest A&F University in Xianyang, China. For the past decade, his research focus has been on immunology. He joined the Bernstein Lab in 2017 for his postdoctoral training. Cao’s main interest is how angiotensin converting enzyme overexpression in myeloid cells can influence metabolic functions during the immune response. 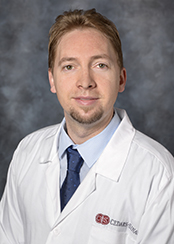 Jorge Giani, PhD, earned his doctorate from the University of Buenos Aires, Argentina, in 2010. In his graduate work, he focused on the mechanisms underlying the development of insulin resistance. Giani joined Cedars-Sinai as a postdoctoral scientist in 2012. He currently investigates the role of the renal renin-angiotensin system in hypertension. 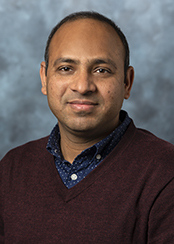 Zakir Khan, PhD, earned his doctorate from Bundelkhand University Jhansi, India, in 2008. He worked as a postdoctoral fellow at the Institut Mondor de Recherche Biomédicale, Institut Pasteur and Institut Curie, Paris, France, from 2009–14. He has been a postdoctoral scientist in the Department of Biomedical Sciences at Cedars-Sinai since 2014. 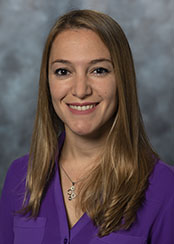 Luciana Veiras, PhD, earned her biochemistry degree at the University of Buenos Aires in Argentina and in 2013 relocated to Los Angeles to join the lab of Alicia McDonough, PhD, at the Keck School of Medicine of the University of Southern California as a doctoral student. Her research focus was on how the kidney regulates blood pressure, the influence of the renin angiotensin system in the electrolytes homeostasis and the assessment of sexual dimorphisms associated with blood pressure regulation in males and females. Veiras’ first research studies demonstrated the association between key renal sodium transporters and potassium homeostasis during angiotensin II hypertension. Additionally, she made outstanding advances studying the sexual dimorphism of renal sodium transporter expression and the mechanisms of potassium homeostasis in female versus male rodents. Veiras described, for the first time, differences between female and male nephron organization and physiologic function that provided insight into the female cardiovascular advantage. These studies were part of her doctoral thesis. In 2018, after earning her doctorate, Veiras joined the Bernstein Lab to study the role of the angiotensin converting enzyme (ACE) in the immune response. It was previously shown in the Bernstein Lab that ACE overexpression in macrophages and neutrophils induces profound metabolic changes, endowing these cells with a heightened immunologic capacity. Veiras’ work focuses on elucidating the mechanisms behind the enhanced innate immune response associated with ACE overexpression. These studies will provide a better understanding of the innate immunity and open the possibility to describe new therapeutic targets to modulate the immune response.